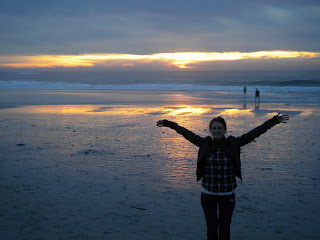 It is appropriate that we conclude our weekly meditation on the Lord’s Prayer just a few days following Jesus’ glorious resurrection from the dead. For the events of Easter provide a poignant witness to the revolutionary power of Jesus’ prayer, and to its uniquely Christian approach to kingdom, power and glory.

“For thine is the kingdom, the power and the glory forever,” Jesus said.

What audacious words these are! At the time Jesus prayed this words, who was it that represented the kingdom, the power and the glory?

The Romans, of course. Their empire covered most of the known world, and the Jewish people in particular. Jews hated the Romans, and a variety of political movements erupted both before and after Jesus’ time seeking to free them from Roman oppression.

All of them were violently squelched. Rome did not take kindly to other kingdoms claiming their subjects' allegiance.

Clearly then, when Jesus closed his prayer with this stirring affirmation about God’s kingdom, he was not thinking of a personal, privatized faith which desired only to rescue souls to a future, faraway kingdom where God’s glory reigned. No, his prayer had public, political, even revolutionary implications.

(In fact, the notion of a private spirituality without public ramifications would have made no sense in any generation – until the arrival of Enlightenment dualism, which said, essentially, “you can have heaven; give us the earth.” But that’s another story….)

Judeo-Christian spirituality has always been concerned both for the future and the present. We affirm that the world was created out of the goodness of God; that we were placed on it as God’s image-bearers; that is our God-given mandate to take the raw materials of creation and bring them together for the benefit and flourishing of humanity and the planet.

But as we know, this divine project was sidetracked by human rebellion. Rather than bearing God's image, we wanted to be gods ourselves.

Thus began God's long rescue project which started with Abraham and his family, and culminated with the God-Man hanging on a tree.

The kingdoms of this world killed him. He surrendered to its power, to its glory, and died under the weight of its collective evil.

But that was not the last word, was it? For on the third day, Jesus conquered the grave, and with it all that this world had to throw at him: its kingdoms, its power, its glory.

He thus initiated a new kingdom, restoring the world and its people to its rightful owner: “King of kings ... and Lord of Lords ... and he shall reign forever and ever.” (With a respectful nod to Handel’s Messiah.)

So … when we close our prayer with the words, “Thine is the kingdom, the power and the glory forever,” we affirm several critical (and still revolutionary) truths.

We affirm, first of all, that no matter how dreadful things may appear to us, globally or personally, God is the True King of this world, and God will have the last word.

We affirm, secondly, that the kingdoms of this world, while ordained by God, are relativized, temporary, and accountable to the One to whom this world belongs. We love our country, we participate in its process, but we never forget where our ultimate allegiance lies.

We affirm, thirdly, that the values of God’s kingdom are upside-down to the kingdoms of this world. We steadfastly resist the urge to coopt the weapons of this world, justifying them because we seek to use them to accomplish kingdom goals (see Mark 10:35-45, for one of many examples).

We affirm, finally, that our ultimate allegiance is to God, to his kingdom, and to the Jesus way:

The Jesus whose power was made perfect in weakness (2 Corinthians 13:4).

The Jesus who taught us to pray after this manner: "For thine is the kingdom, the power, and the glory forever.