The Anguish of Childbirth 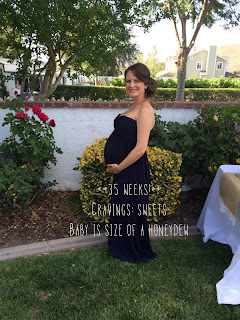 We tend to glamorize the early church. Back then, we muse, they got it right. They loved one another, they welcomed the stranger, they spread the Good News, they studied the scripture, they gave freely of their time and treasure, they worshiped in spirit and truth. The church was a living, growing, world-transforming community of faith, love and hope.


In large part, of course, that is true. But it does not tell the whole truth. A quick look at Paul’s two letters to the Corinthians will convince us otherwise. Consider the litany of problems they had:

They didn’t get along with one another like they should. They were overly impressed by status and position. They were suspicious of their leaders. Their sexual standards and habits were out of control. They needlessly took one another to court. They disrespected marriage. They were insensitive to one another’s conscience. They were proud of their spiritual giftedness. They doubted the resurrection. They were prideful and selfish, childish and unloving. In a word, they were a mess.

Paul’s second letter to the church reveals that they did not take kindly to his “meddling” in their personal affairs. After all, what right did he have to tell them how to live? (And you thought the penchant for privacy was a new thing!)

So Paul wrote 2 Corinthians (it’s actually his third letter, but the second one was lost to history) in order to establish his credentials, confront his critics, assert his authority, and remind them of the upside-down nature of the kingdom.

True leaders, he told them, lead like Jesus led: with humility and self-sacrifice, not power and prestige. Unlike the so-called “super-apostles,” Paul’s unassuming, lowly lifestyle among them was the true badge of a Jesus-shaped ministry.

Paul embraced the Jesus' cruciform style of leadership; they should embrace it too. They must lay aside their pride and embrace the Jesus way. They would then see that the paradoxical power of the cross would turn their values upside-down and their lives upside-right.

We have a lot to learn from the Corinthian church family. They were educated, wealthy, and wielded more cultural capital than most of the other churches to whom Paul wrote. We share a lot in common with these confused Christians.

Like them, we tend toward a privatized religion which says, “Stay out of my bedroom!” (or my life, or my pocketbook). Like them, we have difficulty integrating our beliefs with our behavior. Like them, we are enamored with people of wealth or eloquence. Like them, we have struggle to embrace the upside-down/upside-right kingdom way of living. Like them, we need to learn what it means to live a life of self-giving love. And like them, we sometimes need a loving kick in the pants.

I find these letters personally challenging. As a pastor myself, I feel the angst in Paul's words. He deeply loved these people. Yes, he was hurt by their failure to respect his leadership, but it was much deeper than that. He grieved to see them living at less than their God-given potential. He hated to see them capitulate to their culture, rather than allowing the gospel to shape their cultural lives. He longed for nothing less than God's best for them, and it grieved him to see them settle for less.

Yes, I understand where Paul was coming from. I suppose every pastor feels it. It's a lot like being a parent. In fact, in an image very appropriate to our current life situation (after all, as I write this, we await the imminent birth of our grandchild), Paul compares himself to a mother giving birth. While dealing with a recalcitrant church family, he says, "my little children, for whom I am again in the anguish of childbirth until Christ is formed in you!" (Gal 4:19).

"Until Christ is formed in you." That's what Christian growth is all about. Allowing the life of Christ, planted within us by the Gospel, to grow in us until the me we are is the me shaped by the very life of Christ. The process of birth can be painful, mostly for us, but also for those who love us (like our parents and our pastors); but it is the beautiful, agonizing path toward a brand new, glorious life.

And with that, say a prayer for this pastor and parent who loves his daughter and his church family more than you can imagine. And say a prayer for yourself, that you would be willing, no matter how difficult and painful the process might be, to submit to the natural birth process that God has begun in your heart, until at last, "Christ is formed in you."
Email Post