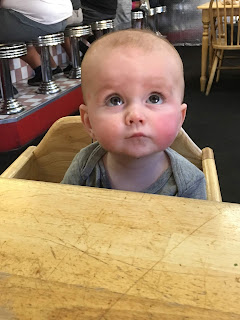 Finding God’s will can be frustrating. Sometimes it seems like God is not listening. Or you think you know what God wants you to do, but everything goes wrong.

Ever had experiences like that? I certainly have. After all, the first time I tried to start a new church, it was a fantastic failure. I was discouraged, and wondered if I’d ever have the chance to be a senior pastor again.

Yes, I know the frustration of following what you think is God’s will, only to have the door closed in your face. And I know the discouragement of having your prayer petitions met with stony silence.

If it’s any consolation, many followers of Jesus have gone through similarly frustrating experiences. Take, for example, the apostle Paul. That’s right: the great leader of the Christian church — the guy who wrote nearly half the books of the New Testament – had a hard time figuring out what God wanted him to do next.

Here’s what happened. (Read about it in Acts 16.) Paul and his team (Silas, Luke and Timothy) wanted to plant a new church, but they didn’t know where to go. Was it Asia (modern Turkey)? “No,” they sensed the Holy Spirit saying. So they wandered north through the regions of Phrygia and Galatia. When they came to Bithynia, they thought, “Surely, this is the place.” Again, a Stop Sign. Perhaps Troas? Not there, either. Three attempts; three closed doors.

They must have been frustrated. I think especially of young Timothy, who had just joined the group. Did Paul know what he was doing? It didn’t look like it. Maybe he’d made a mistake by signing up for the team.

At long last, while praying in Troas (Paul never stopped praying), Paul heard where they needed to go. It wasn’t Asia: instead, it was Europe — far away from where they had expected. They headed over to Macedonia, and into the Roman colony named Philippi. On the Sabbath, they found a few woman who gathered for prayer by the river.

They told them about Jesus, and the rest is history: a church was planted in Philippi. This unexpected church was the first church in to be planted in Europe. It wasn’t part of their plan, but it was certainly part of God’s plan.

Why do I tell you this story? Three reasons….

First, if you are frustrated in your efforts to find God’s direction in your life, you’re in good company. It happens to the best of us. Do not give up. Keep on seeking God and, in the meantime, focus on being faithful where you are.

Second, we are beginning a brand new series of messages on the book Paul wrote to this church he planted. It’s called the letter to the Philippians, and it’s filled with practical wisdom about how to live joyfully – especially when you encounter problems, when you struggle with relationships, or when you’re wondering what your purpose in life is. Don’t miss a single week!

Third, when I read about the surprising church in Philippi, I can’t help but think about Church at the Chip. Like Paul and his companions, the path God led us on was filled with unexpected twists and turns, closed doors, and yes, a lot of frustrating, angst-filled prayers. But God knew what he was doing, and here we are, despite all odds, worshiping God — not by a riverside, but rather, behind a saloon! Who says God doesn’t have a sense of humor?

Many believe that Philippi was Paul’s favorite church. His letter to them drips with joy. And why not? For Paul knew this church was not the result of his own clever planning, but rather, due to God’s direct intervention. (I can certainly relate to that!) Perhaps that is why Paul opens his letter with these words of love and encouragement — words which perfectly express how I feel about all of you.

“I thank my God in all my remembrance of you, always in every prayer of mine for you all making my prayer with joy…. And I am sure of this, that he who began a good work in you will bring it to completion at the day of Jesus Christ. It is right for me to feel this way about you all, because I hold you in my heart…” (Philippians 1:3-7).
Email Post