Living for God in Turbulent Times 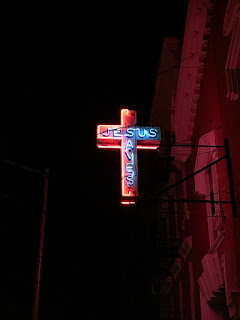 In times past, Christianity assumed a privileged position in our country; but this is no longer the case. In fact, for a lot of Christians, it feels like the opposite is true: the powers that be in government, in entertainment, in education, and employment, are particularly antagonistic toward Christianity.

What shall we do about this?

Do we circle the wagons and isolate from secular society? Many take this route. As much as possible, they avoid the outside world and its influence. They attend their own schools, read their own books, watch their own movies, listen to their own music, and cultivate their own like-minded friends. Is this the best response to culture?

Or should we embrace contemporary standards and assimilate into secular society? This is also a popular approach. After all, in America at least, most Christians believe and behave like the rest of society when it comes to our spending habits, our sexual practices, our partisan politics, and our entertainment preferences. Is this the way forward?

How are we to live in a society which no longer respects our values?

We are not the first generation to face this important question. For many believers around the world and across the centuries, these concerns are a simple fact of life. As we consider the way forward, it would be well for us to consider the wisdom of the past.

In particular, we can learn a lot from the ancient Israelites. After all, this was precisely the conundrum they faced when the first of them were taken into exile by Babylon in 605 B.C. Torn from their home and forced to find their way in a foreign land which despised both them and their religion, they faced questions similar to the ones I've just mentioned.

In large part, it was precisely to answer these questions that the Old Testament book of Daniel was written. Its message, while specifically directed to the Jewish exiles in Babylon, has encouraged generations of God's people from that day until this.

To those who feel like the whole world is against them, Daniel rings the bell of hope. And to those wondering how to navigate their way forward in the midst of a hostile cultural environment, Daniel gives a word of wisdom.

What is the word of wisdom which Daniel gives us? Surprisingly perhaps, Daniel rejects both extremes of assimilation and isolation. Instead, we see him carving out a middle way: without losing his true identity or compromising his character, he was able to be a change agent for good from within his culture.

No doubt he'd read the controversial letter Jeremiah had sent to the exiles in Babylon: "Seek the welfare of the city where I have sent you into exile, and pray to the Lord on its behalf, for in its welfare you will find your welfare" (Jer. 29:4-7). While the other prophets were saying, "stay away from those wicked Babylonians," Jeremiah said, "seek the welfare of the city."

Daniel and his friends listened to Jeremiah's word from the Lord. This is why:


Daniel was an agent for change from within his culture. He never forgot his true identity, and he never compromised his core values. But he worked hard and became a powerful leader in that pagan country. To borrow an image Jesus later used, he was salt and light in a culture of decay and darkness.

Like Daniel, let us never confuse the city of man with the city of God. After all, Christendom may be dead, but the kingdom of God is alive and well. With that hope and assurance in hand, in the words of the familiar children's song, let us "Dare to be a Daniel."

-- For more reflections and insights from Daniel, join us on Sunday mornings for the series of messages we've just begun on the book of Daniel called, "Living for God in Turbulent Times: A Study in Daniel."
Email Post