Hope in Times of Crisis (Psalm 74) 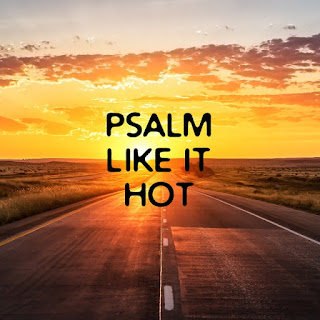 Psalm 74 is a song of lament, composed amid the smoldering ruins of the Temple of Jerusalem in 586 B.C. Israel's enemies had captured their city and burned their beloved temple to the ground. As you might imagine, this was a catastrophic event for the people of Israel. Given the recent fires which have ravaged our own community, we can identify with their pain.

But there was a deeper devastation that made the demise of the temple particularly poignant. For it was not just an important place of worship. The temple was the key symbol of their national identity, the glue that told them who they were: God’s people, in God’s place, under God’s rule.

Without the temple, the center of their lives was obliterated, and everything – literally everything – was up for grabs: their identity, their purpose, and their security. Like the hub of a bicycle, when the center fails, everything falls apart.

Generally, when I read this psalm, I recall the horrifying pictures of the smoldering ruins of the World Trade Center in the days following that terrible tragedy in 2001. For that event had a similar effect on our own national consciousness. In one terrible day, three central images of our national identity were compromised. After all, the World Trade Center, the Pentagon, and the Capitol building (an intended target) are powerful symbols of our nation’s financial prosperity, our military might, and our democratic institutions. When these were attacked, the very foundations of our country were shaken — and so were we.

Today, however, when I read the psalm I think of the current health crisis which has left hundreds of thousands of people grieving lost loved ones, and many more grasping for hope in the midst of a downward economic spiral with no clear end in sight. In addition, because this crisis has effectively shut down our public worship gatherings, we are feeling spiritually homeless, and wondering why God would let this happen to us. In this respect, our circumstances are roughly parallel (though not as extreme) to the devastation the people of Israel felt.

With this in mind then, the honest lament of this poem is a helpful way for us to process our own thoughts and feelings as we grope our way forward in these uncertain times. A simple way to hear the psalm is to think of it has having three movements:

The psalmist begins by appealing directly to God: “Why do you cast us off?” As if to say, “Why did you allow this tragedy? Have you forgotten your people?” (1-3). It continues by giving God a graphic play-by-play report of the temple’s destruction: each enemy shout, each axe blow, and each flaming ember. “We will utterly subdue them,” they said, as they burned the beloved temple to the ground (4-8).

“Why don’t you do something, O God?” the psalmist cries. “How long is the foe to scoff?” (9-11). Perhaps, he thinks, God will be stirred to action by a reminder of his past accomplishments in the face of enormous odds: From the crossing of the Red Sea to the act of creation itself, God had shown his ability to bring order from chaos (12-17).

On this basis, then, the psalmist renews his appeal. Passionate imperatives pervade this portion of his prayer: “Remember … Do not forget … Have regard … Let not … Arise, O God, defend your cause!” (18-23). Like a helpless dove against a wild beast (19), the people of Israel are helpless without God’s direct intervention: “Do something!”

What then are we to make of this desperate prayer?

In the first place, the psalm teaches us the importance of lament as the appropriate response when we go through difficult times. Unfortunately, American Christians are generally uncomfortable with the language of lament. The truth is, our comfortable lives have made it difficult for us to cope with crisis. We gravitate toward teachings (and churches) which promise answers to prayer, solutions to problems, and principles for living the “abundant life," as if these will shield us from suffering.

But this simply is not a true picture of life as we experience it, nor is it true to the teachings of Scripture. After all, nearly 1/3 of the psalms are songs of lament. When life is painful, lament is the appropriate biblical response. In general, lament is an honest prayer in pain that leads to trust. Through lament we acknowledge the reality of our suffering, and entrust our confusion to God. And the psalms give us a perfect template for it. When we don’t know how to pray our pain, we can almost always find a psalm which expresses it for us.

Next, let us note that the psalmist realized that the loss of their temple did not mean the loss of their God. It was devastating, of course, for the temple was the symbol of God’s presence, of God’s election, of God’s rule in their midst. But our poet had an extraordinary depth of wisdom. He knew that God was bigger than the temple, and that God’s commitment to them was stronger than any building. He saw behind the temple to the reality of their covenant-keeping God, and he prevailed upon this same God to act on their behalf.

What does this have to do with us? Whether it is the catastrophic devastation of our national symbols nearly 20 years ago, or the current pandemic and the devastation it has wrought, we do well to ponder the psalmist’s wisdom. He knew that, as horrific as things were, there was a stronger security, a deeper identity, a surer foundation than the bricks and mortar of their beloved temple. The temple might be gone, but God was not. Though they grieved that they could no long gather there for worship, they knew they were still God’s people. They knew they could count on God’s commitment to them even when it felt as though God had abandoned them.

For the psalmist, the sign of God’s commitment to them was seen in their ancient victory over the Egyptians at the Red Sea -- and in a breathtaking piece of insight -- his assurance that the God who had created this world out of chaos was irrevocably committed to it. God specialized in bringing order out of chaos. God had done it before; God would do it again. No matter how it looked and felt, he would trust God.

And the God who rescued Israel on the shores of the Red Sea has rescued all of humanity by his death on a tree — and his subsequent resurrection. Consequently, no matter what the setback, whether national or personal, ultimate victory is assured. Alleluia! Yes, we grieve at personal and corporate suffering, but the ultimate center of our lives is rock solid. Yes, we plead with God to rectify individual wrongs, but we know God has already rectified the ultimate wrongs through his death and resurrection.

In the meantime, during these days of national and personal crisis, we have an opportunity to honestly examine our ultimate hopes. For many Israelites, their faith was in the temple itself rather than the God who had placed his presence there (Jeremiah 7:4). As a result, when the temple was destroyed, so was their faith.

We face the same danger if we place our faith in the wrong things, whether it is the national symbols of our prosperity, security and government; or the personal symbols of houses, cars, health, careers, friends, and family; or even the spiritual symbol of a place to gather for worship. For any of these good things, should they become ultimate things, quickly become idolatrous things. And sometimes it takes a catastrophe to be reminded where our ultimate hope lies.

For, as the old hymn states:

My hope is built on nothing less
Than Jesus’ blood and righteousness
I dare not trust the sweetest frame
But wholly lean on Jesus’ name
On Christ, the Solid Rock I stand
All other ground is sinking sand
Email Post