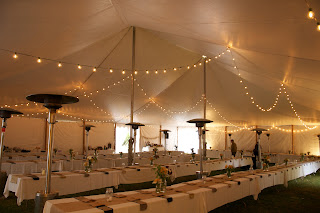 Several years ago, I ran across a story about a bride and her fiancé, who went to a fancy hotel to plan a magnificent reception for their wedding. Every detail would be perfect. No expense would be spared.

At the last minute, however, the groom got cold feet and called off the wedding. The woman and her family went to the hotel and explained her situation, hoping to recover their deposit. The hotel was sympathetic, but under the terms of their contract, only a tenth of it would be returned.

What was she going to do? At length, she decided to continue with the party anyway. But rather than serving wedding guests, she determined to invite street vagrants, prostitutes, and homeless people to the dinner. The only other change was to the menu: boneless chicken, in honor of the groom.

Picture the scene. Accustomed to serving the well-heeled, tuxedoed servers are offering hors-dourves to (ahem) whores. Instead of performing for a blushing bride, the band plays for bedraggled beggars who would otherwise be shivering on a cold evening in New England. What a memorable evening it must have been for everyone!

This story reminds me of one Jesus told about a Great Banquet. When those who had been invited refused to come, the servants were ordered to scour the streets to find "the poor, the crippled, the blind and the lame" (Luke 14:21).

If you have placed your faith in Jesus Christ, then you know the significance of this story. We are bankrupt before God's goodness. We have no right to sit at the Bridal Banquet. But God has invited us anyway. All we must do is recognize our spiritual poverty, respond to God's gracious invitation, and find our seat at the "Welcome Table."
C.S. Lewis, the famous Oxford scholar, once walked into an animated conversation of fellow-intellectuals. They were discussing the unique message of Christianity among the world religions. No consensus had been achieved. When he heard what they were discussing he said, "That's easy. It's grace."

Lewis was right. In a world governed by cause and effect, laws and loopholes, action and reaction, kismet and karma, Christianity offers the one thing we desperately need: Grace.

Grace invites everyone to the Welcome Table, but with one incontrovertible condition: we must unequivocally acknowledge our depravity and accept the gift on faith. The self-righteous need not apply. Your money’s no good here. Neither is your resume. No need for American Express. Beggars only, thank you.

So pause a moment and give thanks for God’s amazing grace. If you’ve already sampled it, saunter up to the table and grab seconds. There’s plenty to go around. Like turkey on Thanksgiving, the portions are lavish.

And if you haven’t received grace, consider this your invitation, offered from one vagrant to another. There’s a placard in the banquet hall with your name on it. Bon appetit!

For you know the grace of our Lord Jesus Christ,
that though he was rich, yet for your sakes he became poor,
so that you through his poverty might become rich.
(2 Corinthians 8:9)
Email Post