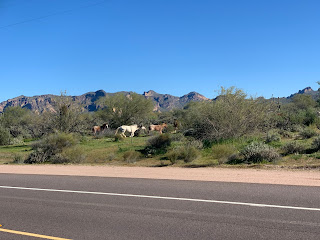 Think of the Bible as a four-act play, an epic story of God’s love affair with the world he created and the people he made. It’s a story of beauty, of brokenness, of rescue and renewal.

It’s the true story of the world. Yes, it’s ancient. Yes, parts of it are obscure. Yes, it can be baffling. But it tells the most compelling story, a story which has rung true in human hearts for four millennia, and which has utterly shaped the foundations of our western society.

I hope you will join the many from our church family who are beginning the journey of discovering/rediscovering this story during the course of the next year. It is, as I said, a four-act story of beauty, brokenness, rescue and renewal.

In the beautiful opening act of our story, we learn that creation is not an accident, but rather the result of God’s loving intention. The first humans enjoyed harmony with God, with one another, within themselves, and with creation. God gave humanity the mandate to lovingly care for creation, to enable it to thrive, and to use its plentiful resources to build a culture of love, harmony, and mutual benefit. This opening act is still is seared into our hearts. We know in our bones that this world is good, that people matter, and that there is a transcendent reality beyond the physical universe. As you read Genesis 1-2, notice the beautiful harmony that existed when the world was first made.

The beautiful project of culture-making which God gave us as his image-bearers in this world was de-railed by the horrors of Act Two. Creation, though beautiful, has been broken. While we desire harmony within, with others, with God and with creation, our more common experience is one of alienation and dissonance. Rather than developing a culture which affirms both humanity and creation, we are more likely to use it to manipulate, to oppress, and to affirm our independence from God. Like Adam, we blame Eve for our failures; like Cain, we avoid responsibility for our brother; like Lamech, we seek vengeance instead of forgiveness; like those who built Babel, we shape culture to assert our independence from God. As you read Genesis 3-11, notice how tragically little human culture has changed since those dark days.

The God who made us refused to let us destroy ourselves. He rescued us. The long third act began when God called a pagan named Abram. It follows his family and the nation which grew from him (Israel) from Babylon to Canaan to Egypt to Canaan, to Babylon and back to Canaan. It reaches its glorious climax when God writes himself into the human story in the person of Jesus, God walking among us. It’s a story filled with twists and turns, failures and achievements — it takes the rest of the Old Testament and bleeds into the New Testament itself. It is the incredible story of God’s love and faithfulness, and his unwavering desire to restore to himself his wayward children. We will only peek at Act Three in this week’s reading, but even at the first we will see how incredibly patient God has been with us. We see that the ultimate hero of this story is not any human being, but rather, God alone — who simply will not quit on us.

It will take us a long time to get to the fourth act. But if we are patient, we will get there. As we work our way through Matthew, we will see that through Jesus’ resurrection new creation was inaugurated. It is as if Jesus is the second Adam (some Scriptures call him that), who came to undue the effects of the first Adam’s disobedience, and to put God’s creation project back on track. He brings renewal in every phase of life: he restores our relationship with God, with one another, within ourselves, and with the world God created. Jesus, as I said, inaugurated new creation through his resurrection; it will not be consummated until his return; and it is now being implemented by his Spirit’s work within us as we offer ourselves to him. Jesus has written the score; it is our privilege to play the tune as “living witnesses God’s new creation” (to borrow a phrase from our church vision statement). And what fun it is to play our part!

Beauty. Brokenness. Rescue. Renewal. As we work our way through the scriptures we will see this wonderful symphony emerge. It will take a long time to see it fully unfold, but if we are patient, our hearts will warm to the God who made us, who loves us, and who never gives up on us. Let us not give up on ourselves.

God bless you as you read this life-changing — and true! — story.
Email Post