The Presence of the Lord -- Daily Bread Project (Day 11) 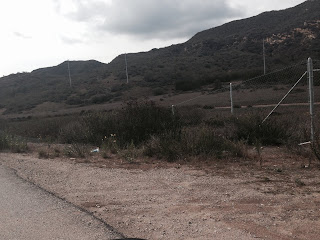 Jacob is a curious character in the Bible. He’s not often thought of as a biblical hero, an example of faith. In truth, his relationship with God was more of a struggle than anything else. They had a rocky relationship, to say the least. (He is, after all, the guy whose name became “Israel,” which means something like, “He who struggles with God.”) Sounds a lot like you and me, doesn't it?

We first meet Jacob grabbing at his brother’s heel – while they are being born – as if to say, “Me First!” His name means, literally, “He who grasps the heel.” He is the “supplanter.” He’s always trying to get ahead, trying to be first, trying to gain an advantage. We might call him, “Trickster.”

We see it in his birth, and we see it in his youth. And yet, for reasons known only to God, Jacob is the one through whom God’s covenant blessing will be given. But he is unwilling to trust God work to things out in his own way. He tricks his older brother out of his birthright. Then he tricks his father out of the family blessing.

As a result, unwelcome in his own family, he must seek his fortune elsewhere. He runs away to a faraway land. There, he finds the love of his life, his cousin Rachel, and her father, his uncle Laban.

In the unscrupulous uncle, Jacob seems to have met his match. Laban tricks Jacob into marrying his older daughter Leah, rather than her beautiful sister, Rachel. The trickster is himself tricked. But that’s a story for another day, and Jacob will get the better of his uncle in the end.

But this is all far in the future. In today’s reading, Jacob’s situation is dire and depressing. He’s alienated from his own family. He’s on the run, with nothing but a stone for his pillow. Grasping in his own strength for the future he believed was his destiny had only left him destitute. What would he do next?

As he struggles to get some rest, Jacob dreams about a ladder – or, as some would translate, “a flight of steps.” It starts on earth and reaches to heaven. No doubt, readers are meant to remember the Tower of Babel, which men built in order to reach the heavens and make a name for themselves.

But this is a different kind of tower. On the steps of this towering ladder, the angels of God are “ascending and descending.” Not men climbing toward God, but God’s representatives coming down to men!

In the midst of this magnificent scene, God shows up. He repeats to Jacob the same promise he gave to his father Isaac, and his grandfather Abraham: He will give him the land. He will give him a family, through whom all families of the earth will be blessed. And, best of all, he promises Jacob his presence: “I am with you … I will not leave you.”

Jacob shook the sleep from his eyes when he awoke: “Surely, the Lord is in this place, and I did not know it.” Despite his failures, despite his grasping, and despite his duplicity, God has not abandoned him. God is with him, even though he doesn’t deserve it. He had not been looking for God, but God had been looking for him.

He takes the stone which had been his pillow, and makes from it an altar of worship. He promises to be faithful to the God who has been faithful to him. This is the first of several turning points in Jacob’s life, places where Jacob encountered God. His life would never be the same. As best he could, he would follow the God who had chosen him.

In like manner, we, who’ve no doubt done our own share of grasping, of deceiving, and of running away, cannot help but be moved by the God who meets us on the worst night of our lives. We may not have been seeking him, but he has been seeking us. He is with us, and he has a good plan for us. Let us offer to him what little we have (perhaps only the stone upon which we lay our head!), and let us entrust our future to him. “Surely, the Lord is in this place.”
Email Post